In traditional Chinese medicine, many menopause symptoms are ascribed to a deficiency of kidney yin. For ages, wolfberry has been the yin tonic of choice to restore hormonal balance, which is the main ingredient in our NingXia Red!

The main goal of periodontal treatment is to control infection. This is best accomplished when leukocyte function is at its peak. Wolfberry can increase the number and activity of all types of leukocytes, and it can help fight gum issues by promoting the production of cytokines. Studies also showed that wolfberry’s polysaccharides could improve the attachment and growth of periodontal tissue.

The immune system is your body’s armed forces. More than 40 years of research have revealed wolfberry’s ability to regulate immunity by commanding and controlling many of the body’s important defense functions. Wolfberry polysaccharides enhance and balance the activity of all classes of immune cells, including T cells, cytotoxic T cells, natural killer cells, lysozymes, necrosis factor-alpha and the immunoglobulins IgG and IgA and interleukin-2 (IL-2). IL-2 has been under study since 1983 and has been used for some immune system issues. Just 2 ounces a day is a great way to start your day.

Wolfberry is a renowned blood builder and rejuvenator. In one study, the berry caused the blood of older people to revert to a markedly younger state. Wolfberry has also been used in a number of recent clinical trials for treating low production of red blood cells, white blood cells and platelets.

Wolfberry is the premier “brain tonic” in Asia. It contains betaine, which is converted in the body into choline, a substance that enhances memory and recall ability.

Wolfberry has been used in China for years and its polysaccharides have been shown to help maintain healthy blood sugar levels. It also contains betaine, which may help with liver issues and the vascular system. NingXia Red is low on the glycemic index.

Wolfberry is used by Chinese herbalists, either alone or combined with other herbs for respiratory support.

A lymphocyte is any of a group of white blood cells important to the adaptive part of the body’s immune system. The adaptive portion of the immune system mounts a tailor-made defense when dangerous invading organisms penetrate the body’s general defense. Wolfberry helps increase lymphocyte count and helps activate the system when the body is under attack.

In China, wolfberry in the form of a hot tea is commonly used by first-trimester mothers to prevent morning sickness. Drinking this tea is a quick and effective remedy. It can be duplicated by combining 2 ounces (60ml) of high-quality wolfberry juice with hot water.

As an adaptogen, wolfberry helps the body adapt and cope with stress. It provides the energy reserves to help you handle just about any difficulty.

Accumulation of sticky lipid peroxides in the blood can lead to cardiovascular system issues. Wolfberry increases levels of an important blood enzyme that inhibits their formation.

Wolfberry contains sesquiterpenes that benefit the vascular and cardiovascular systems. Its anthocyanins help maintain the strength and integrity of coronary arteries.

In traditional Chinese medicine, headache and dizziness are often said to be caused by deficiencies in kidney yin (the vital essence of substance) and yang (function). Wolfberry is among the most frequently used herbs for restoring yin/yang balance.

Since ancient times, wolfberries have been popular in China for their vision-improvement properties. Modern Chinese scientists found that wolfberry is able to reduce the time it takes for vision to adapt to darkness. It also improves vision under subdued light, and blind spots were reduced in some patients taking wolfberry. Its powerful antioxidant carotenoids may also protect against macular degeneration and cataracts.

Wolfberry has long been used by Asian physicians in treating infertility in both men and women. In women, wolfberry is said to have an unmatched ability to restore jing (reproductive essence). In men, wolfberry polysaccharides have been found to extend the life of sperm cells and were shown to be potent inhibitors of stress-induced structural degradation and testicular cell death.

Wolfberry has long been used in the treatment of atrophic gastritis, a weakening of digestion caused by reduced stomach cell activity. Wolfberry itself is easily digested, especially when taken in its highly bio-available juice form in NingXia Red.

One of the most beneficial uses of wolfberry is its ability to strengthen the immune system to protect children from harmful health issues. As an adaptogen, wolfberry has the rare ability to help children adapt to adverse conditions.

The free radical Superoxide has been implicated as playing an important role in the onset and progression of human disease. Superoxide is neutralized in the body by the enzyme superoxide dismutase (SOD). You produce less SOD as you age. At any age, the stress of everyday life can overwhelm your body’s ability to produce enough SOD to ward off illness. Wolfberry has been shown to result in a remarkable 40 percent increase in the important SOD enzyme.

Wolfberry has a reputation as a kidney supertonic, influencing both yin and yang.

Wolfberry facilitates the secretion and release of HGH, responsible for many of the body’s important maintenance, repair and development functions. These include the production of lean muscle and incorporating calcium into bones and teeth.

DNA is the most important chemical in your body, ensuring that your 100 trillion cells are faithfully reproduced as healthy duplicates. Exposure to chemicals, pollutants, and free radicals cause DNA damage and breakage, leading to genetic mutations, and even death. Wolfberry’s betaine and master molecule, polysaccharides, can help restore and repair damaged DNA.

The wolfberry is revered as one of the premier sexual-tonic herbs in all of Asian medicine and is legendary for helping spark passion. An old Chinese proverb cautions men traveling far from their wives and families: “He who travels 1,000 kilometers from home should not eat wolfberry!” Modern scientific studies have shown that wolfberry markedly increases testosterone in the blood, thereby increasing libido for both men and women. I guess that means a daily glass of NingXia Red can help in the bedroom 🙂

Wolfberry contains a novel cerebroside that was shown to protect liver cells, even from highly toxic chlorinated hydrocarbons.

Oxidative stress or damage caused by reactive oxygen species, such as free radicals and peroxides, are implicated in a number of the diseases and conditions that plague us. Our bodies are in a constant state of trying to balance the rate of oxidative damage; wolfberry contains a complete spectrum of antioxidant carotenoids, including beta-carotene and zeaxanthin that neutralize free radicals.

In an Asian anti-obesity study, patients were given wolfberry each morning and each afternoon. Results were excellent, with most patients losing significant weight. In another study, wolfberry polysaccharides were shown to reduce body weight by enhancing the conversion of food into energy instead of fat.

Remember all you need is 2 ounces a day to accomplish all these health benefits. Order your NingXia Red today with the “Premium Starter Kit with NingXia Red” 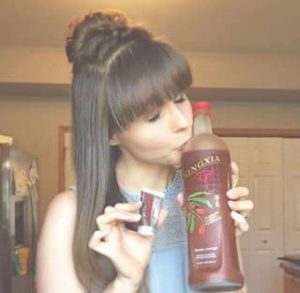 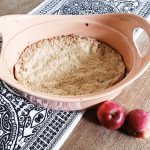 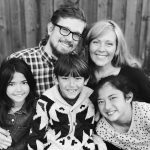 Hi, friends - thanks for stopping by! My name is Amber Foresto. I’m so blessed to be a lover of Jesus, wife to the most amazing husband, and mama to 4 little ones.

We truly believe that God has given us the means in His creation to support our health in every area. We are focused on being proactive with our health through the use of Young Living essential oils, supplements and organic whole foods. As parents, we are the gatekeepers of our home. We choose what we allow into our home, and essential oils have been a HUGE part of this transformation.

We have such a heart to help others looking to naturally support their health, as well as a dream to one day start a non-profit that allows those who can’t afford the best, organic produce and holistic treatments to have access to it through something we call the “Threshing Floor”. We’re still deep in prayer regarding this, but are so blessed that the Young Living business will be able to fully fund this dream one day.

“From everyone who has been given much, much will be required” (Luke 12:48). Our family has been given MUCH! We have been led by the Lord into the knowledge and training specifically of essential oils, nutrition, and the Bible. I am a Certified Essential Oil Coach backed by the AADP, am currently enrolled in the Institute of Integrative Nutrition, and my husband has a background in Bible-based ministry and is currently pursuing additional certification through IHOPU-KC. May this website be a blessing to you on your wellness journey!