We recently moved to Asheville, NC and I must say- one of my most favorite things about this city is the Farmers Markets!  We have one that we can walk to and their selection of fresh apples were immediately purchased to make our favorite gluten-free, vegan treat. 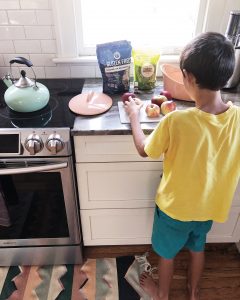 This is an old recipe that we have easily made gf/df/all the frees- and my kids even love to help make it since it’s such an easy recipe ?  My favorite kind of apples to make this with are Honey Crisp or Pink Ladies!

Also, cinnamon seems to be a spice that loses it’s “cinnamon-ey-ness” quickly in the cupboard, so the addition of non-GMO Cinnamon Bark Vitality Oil from Young Living gives it tons of extra cinnamon-ey flavor! 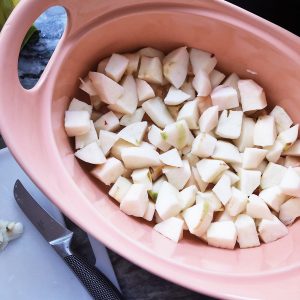 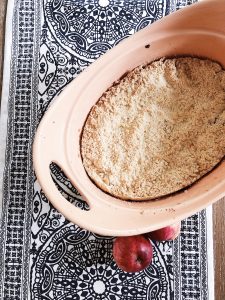 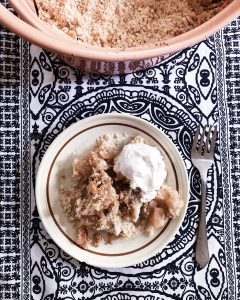 Enjoy it with some dairy-free vanilla ice cream or coco-whip on top!